Home > Blog > The Fed Is Poised To Raise Rates. Here’s What You Need To Know—and Why That’s Bad News for Homebuyers

By Elena Cox for Realtor.com

As spring’s peak homebuying season approaches, those deciding to take the plunge may be in for some serious sticker shock when they discover just how much their money will (or rather, won’t) get them.

But it’s not just high home prices and bidding wars that are putting pressure on potential homebuyers. Mortgage interest rates are rising from the record lows at the beginning of last year, sticking buyers with higher monthly payments and substantially decreasing their buying power.

All this comes as the Federal Reserve is expected to raise interest rates next week and to give its outlook for the rest of the year. This has the potential to send mortgage rates even higher than the 3.85% that Freddie Mac reported as the average this week for 30-year, fixed-rate loans.

Economists are reading the tea leaves to predict what will happen at next week’s meeting and whether the Fed will raise rates as planned. What the Fed says and does could tame inflation, which is its main goal.

However, if rates are raised too high, too soon, that could not only reduce inflation but plunge the country into a recession and upend the stock market—or all of the above. If the Central Bank stays on course and indicates that it plans to raise rates more times this year, despite what’s happening in Ukraine, that could end up having some knock-on effects and hurting people down the line, especially as homes and gas prices get more expensive.

So what exactly is the correlation between Fed rates and mortgage rates? Let’s take a look.

The federal funds rate—or the target interest rate set by the Fed—has remained near zero since the start of the coronavirus pandemic in March 2020. This was intended to spur economic growth at a time when the country shut down, and when layoffs and corporate closures were rampant. But in the past two years, the economy has greatly accelerated, employment has increased—and just about everything has gotten more expensive.

Fed Chair Jerome Powell has said he wants to bring rates up to a more “neutral” rate of about 2.5%. (This would likely happen slowly over the next several months, in order not to shock the economy.)

While mortgage rates aren’t directly affected by the Federal Reserve’s short-term interest rates, they are very much influenced by them.

The Fed sets short-term rates, which the market uses to determine longer-term rates for things like the yield on 10-year U.S. Treasury bonds. This can impact mortgage rates. So when the Fed raises its rates, it often, but not always, sends mortgage rates higher.

“Higher rates and higher prices are going to make buying a house more expensive,” says Rocke Andrews, a mortgage broker at Lending Arizona in Tucson, AZ. “Homebuyers are going to be having to settle for less or a lower amount than they may have looked at in the past.”

It’s important to remember that although mortgage rates are rising, things are beginning to edge closer to what a “normal” housing market used to look like in the past. Before the pandemic, the rate for a 30-year fixed-rate mortgage was about 3.7%, close to what it is now.

“Anyone who has seen interest rates under 3% for the last year is going to be shocked at 4% or above,” says Ratiu. “But at the same time, rates have been well below 5% for a decade.”

Rising rates will cause some buyers who can’t afford the higher costs to drop out of the market altogether. That could mean that sellers start seeing less demand than they have in the past couple of years—theoretically, anyway—giving buyers some relief from the brutal bidding wars and offers over asking.

Even fractions of a percentage point can have a big impact on a buyer’s monthly obligation. A single percentage point increase can cost homeowners nearly $200 a month for a median-priced home, which hit $392,000 last month. That’s tens of thousands of dollars over the life of a loan, depending on the rate and size of the mortgage, which means that buyers this spring are going to have to temper their expectations and reel in their budgets.

Still, rates remain below what they were pre-pandemic, which has been a boon for buyers. It’s also part of the reason why prices are so high, because people have been able to spend more on their home purchases.

“Homebuyers have been feasting on record-low mortgage rates, and that’s driven up house prices,” says Mark Zandi, chief economist at Moody’s Analytics. “It’s going to be a more difficult market, so buckle in.” 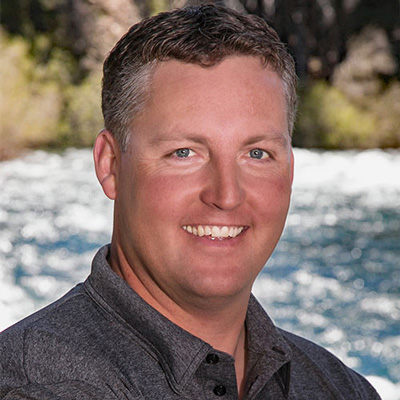 (530) 386-0936
Email Me
New Listing Alerts What's My Home Worth
"Todd is an awesome agent. He has a college degree as preferred by his broker, which gives him an edge in problem solving. He has great knowledge and understanding... full testimonial"
- Chris D.
All Testimonials